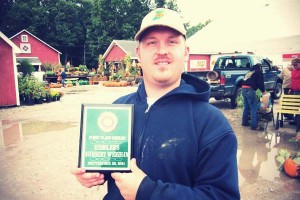 While the weather may not have been perfect, the rain did not dampen our spirits during the opening weekend of Fall Fest.

On September 25th, we hosted the Indiana Pumpkin Growers Association’s annual Giant Pumpkin Weigh-off. The buzz circulating before the contest predicted that our scales were going to weigh a pumpkin that would beat the state record.

And that’s exactly what happened.

John Barenie of Griffith, IN claimed victory with his 1,308 pound pumpkin. Because this was an official contest, John’s entry goes into the record book as the largest pumpkin ever entered in an Indiana competition. Roger Howard from Grovertown, IN was the previous record holder since 2005 with a 1,273 pound pumpkin. Hard work, skill and good luck are all factors in raising these giant pumpkins, so John has definitely earned his $1,000 cash prize. 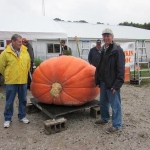 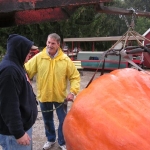 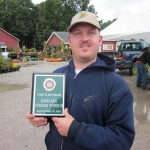 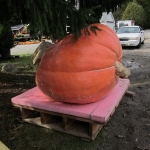 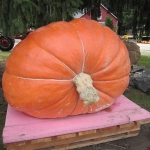 While John has rock star status in the pumpkin growers community, we must also mention the strong entries from his competitors: