What fun we had on a crisp Fall day at Hensler’s! Thanks to all that participated- we can’t wait to do it again next year! 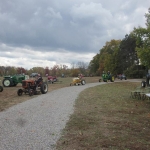 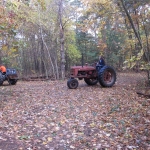 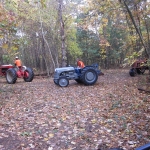 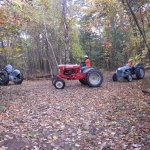 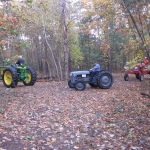 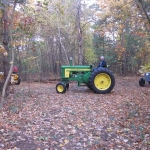 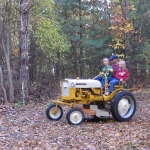 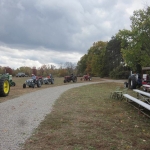 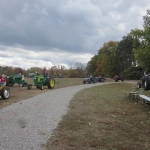 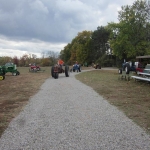 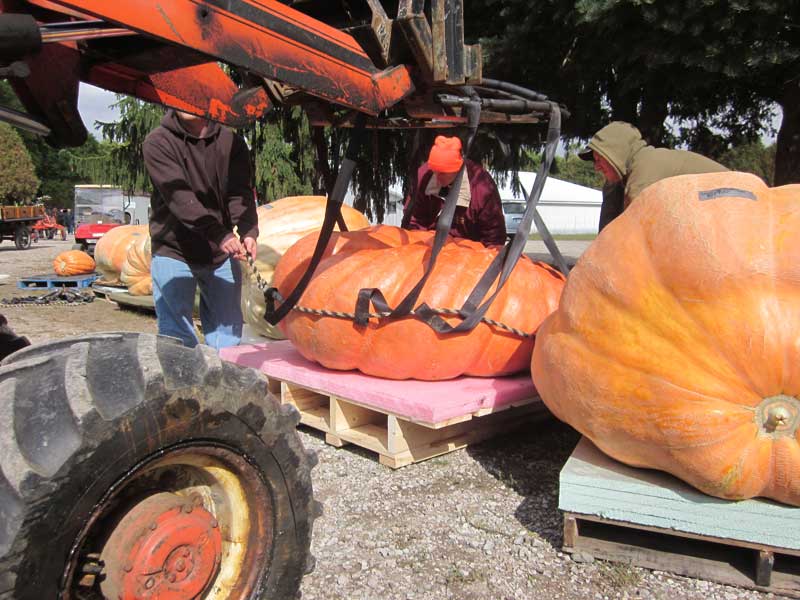 The winner of the 2012 Giant Pumpkin Contest is John Barenie, Griffith, IN with his contest winning 1233 pound pumpkin. John had a clean pumpkin sweep this summer winning his local Lake County Fair, the Indiana State Fair, and the Indiana Pumpkin Growers Association contest hosted at Hensler Nursery. Barenie still holds the record for largest pumpkin grown in Indiana with his 1308 pound pumpkin which won the recognition at the Grower Association contest hosted at Hensler Nursery in 2011. In 2011 Barenie began his string of victories, winning first at the Indiana State Fair, and then at the Hensler contest. 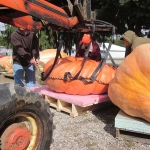 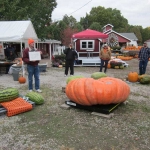 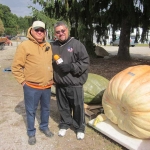 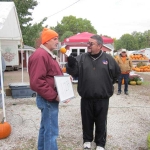 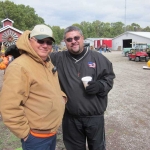 In Other competition, Gary May brought a long gourd he grew measuring 100 5/8” long for a new state record. Coming in second place was Jeff Young, Noblesville, IN with his 79 3/8” long gourd.

Tom Gary from Indianapolis placed first with his 148 pound watermelon. Jeff Young, Noblesville, IN had a first place with his 22.37 pound cantaloupe. Largest hard stem pumpkin was grown by Tom Beachy from Fort Wayne. Beachy also exhibited the largest tomato at the contest, weighing 2.45 pounds.