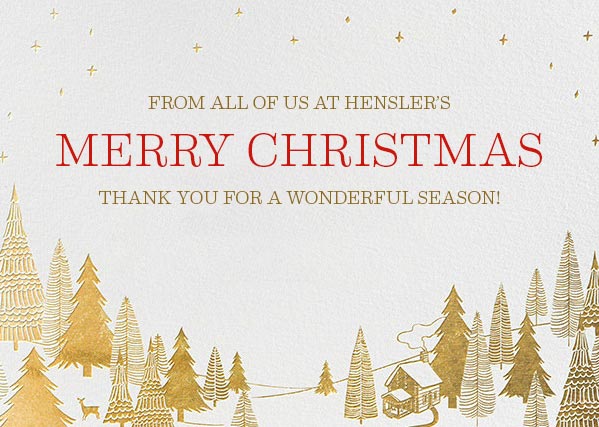 From our family to yours, Merry Christmas and Happy New Year! 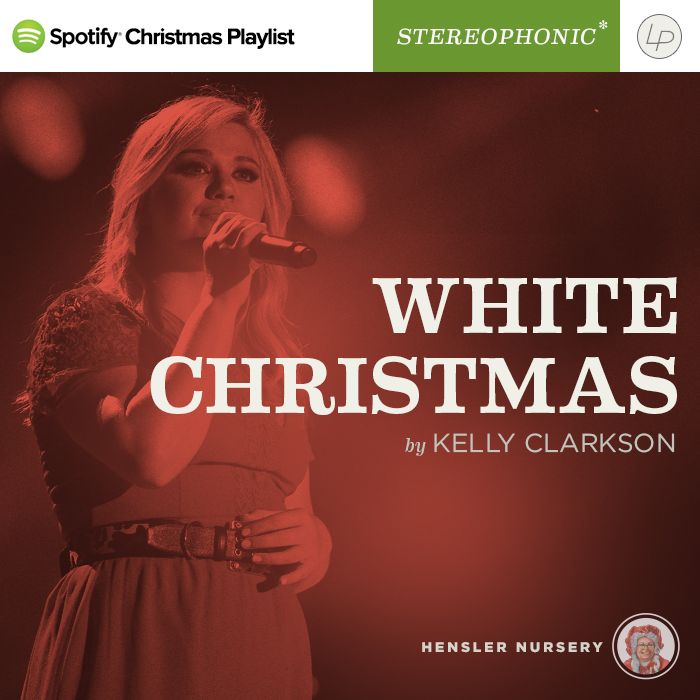 Our dreams for a white Christmas may come true after all! And this song by Kelly Clarkson will help us get in the mood. 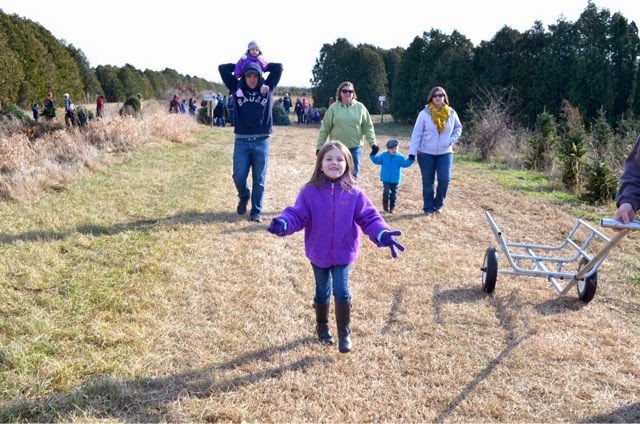 For one family, bringing their three small children to pick out a Christmas tree is a FUN event. But capturing their day with photos at Hensler Nursery is a memory they will always have. Thanks for sharing this wonderful photo essay with us! 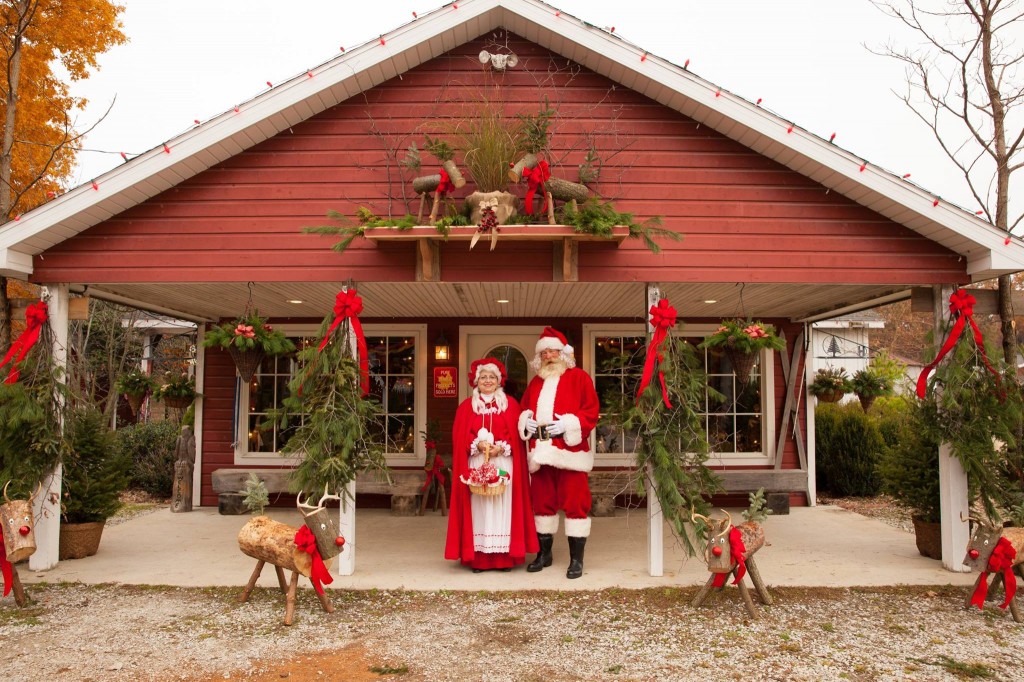 This is the last full week and weekend to get your Christmas Tree and visit Santa!

If you need greenery or a gift item, find it here. If you want to visit one last time with Santa, he’s with us Saturday and Sunday from 9-4 CST. And if you need a beautiful Christmas tree, we have a few of those, too! 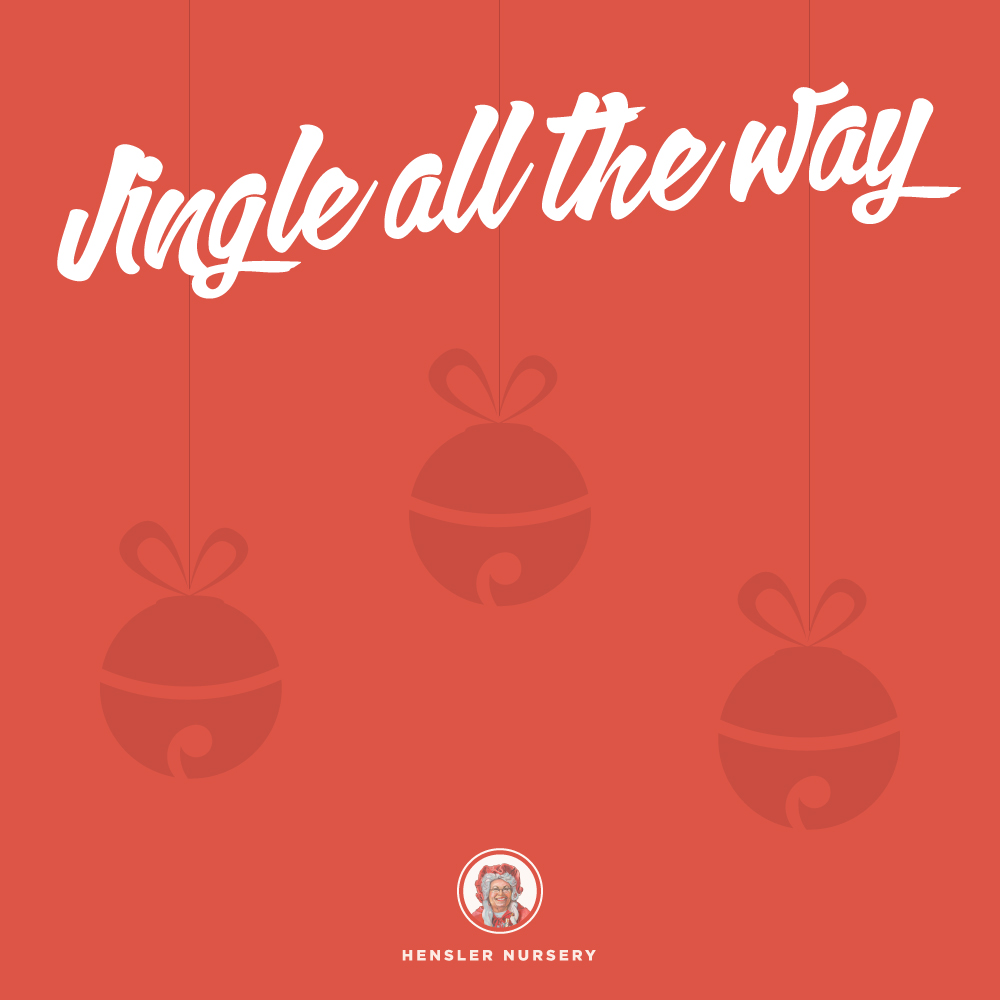 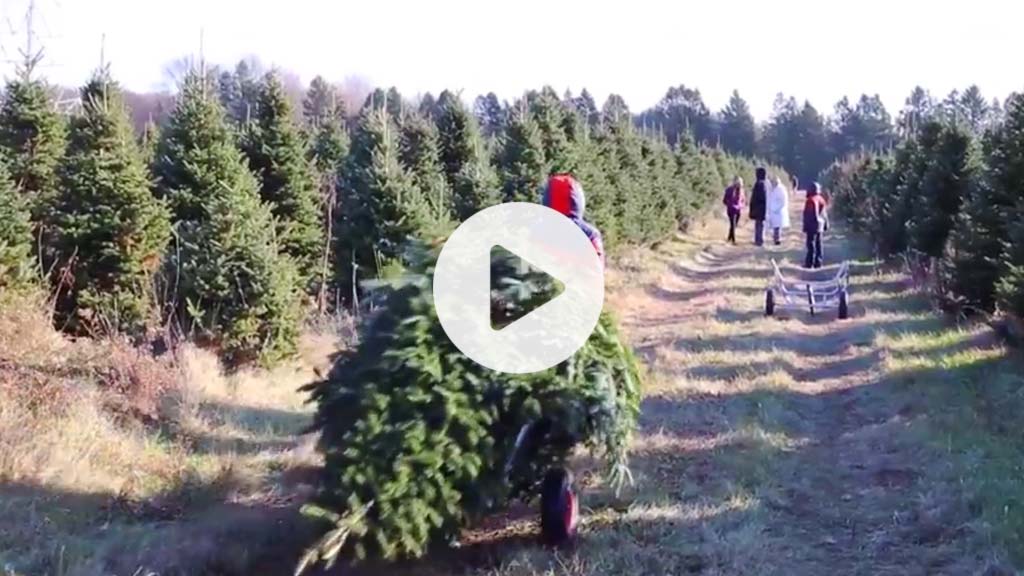 On opening weekend of Christmas Fest, the Anderson Family documented their search for the perfect Christmas tree at Hensler Nursery. It’s heartfelt and warm, and set to lovely music and I promise you, it’s a must-see. Thanks, Anderson Family, for letting us share your family moment!

Particularly helpful was a rainy August, the most critical time of year for trees to receive ample water heading into the dormant winter season, Joe Hensler of Hensler Nursery in Hamlet said.

“We had what you would call the perfect growing season,” said Joe, whose father, John, owns the property that contains 300 acres of trees.

Hensler Nursery last week provided a 9-foot tall Fraser fir to Lt. Gov. Sue Ellspermann and nearly a dozen similar sized trees for around the rotunda at the Indiana Statehouse.

“We’re proud to be able to do that for our officials down there,” Joe Hensler said.

Read the full article on the South Bend Tribune website. 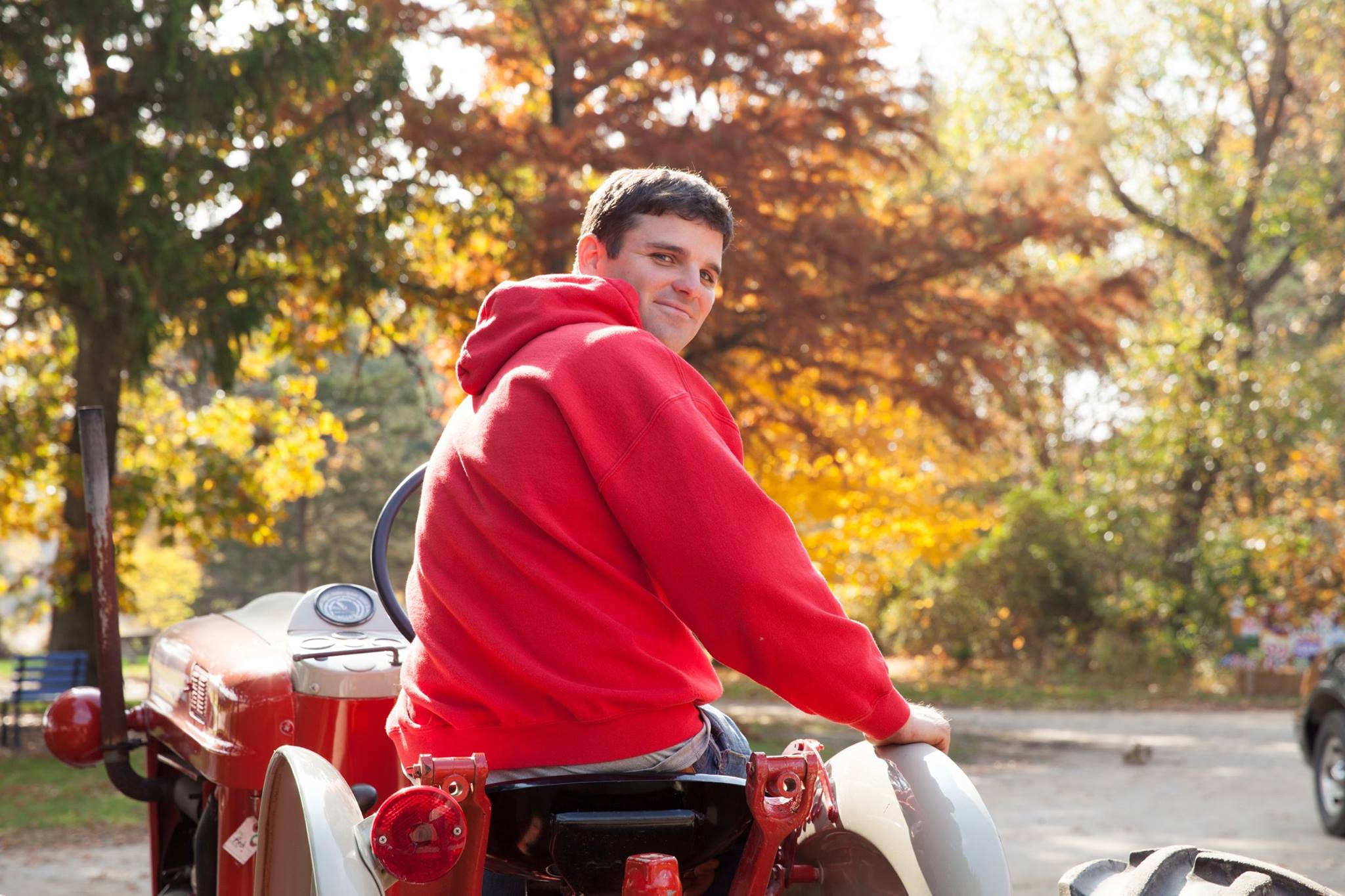 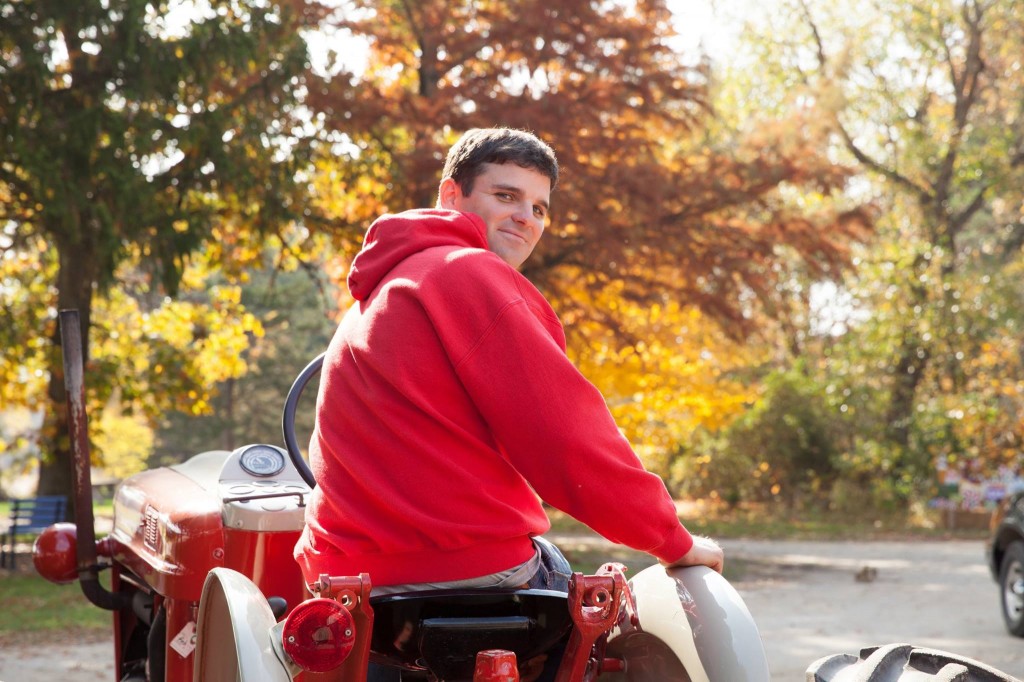 We have five of these tractor trams that transport you to the Fraser Fir fields to search for and cut your own perfect Christmas tree. We provide saws, tree trams and bailing on-site. The tractor tram runs regularly so you can hop on the next one with your tree.

Learn more about our Christmas trees. 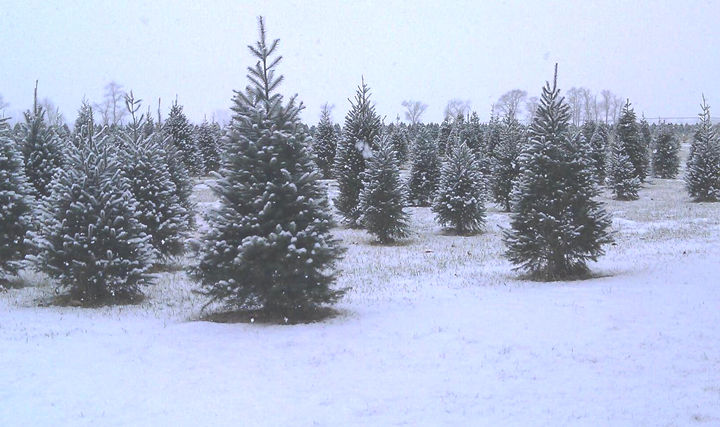 Helping you select a beautiful Christmas tree at Hensler’s Nursery is an activity they love sharing with you every year. Hensler said, “Often we see people agonizing over a tree because they are looking for the perfect tree. A natural tree has a personality that will be a benefit to your ornaments and a new tree every year will always look different. Don’t get bogged down with the idea of a perfect tree.”

Read the full story on the Michigan City News-Despatch website. 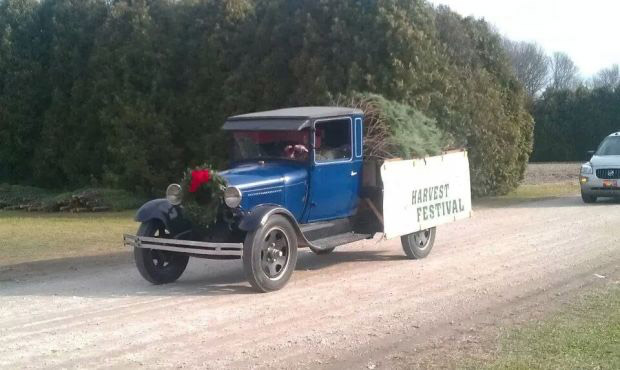 Story Featured in The Times

Real tree sales increased last year by more than 9 million from the 2012 season, according to the National Christmas Tree Association. With more than 33 million real trees sold in 2013, the amount spent decreased by $6 per tree from 2012.

For the Zumm family, of Highland, an outing to cut down the family Christmas tree has become an annual tradition.

“We have been going to Hensler Nursery in Hamlet, Ind., for five or six seasons,” Christie Zumm said. “They have a large parade for opening weekend with Mr. and Mrs. Claus. They take you out by horse-drawn carriage.”

Zumm said that she has watched the Starke County tree farm grow over the years.

“They are getting bigger, and we see more and more families cutting down trees,” she said.

Read the full story at The Times.