Christmas Fest began this year just the way we like it- with a parade!

Santa cruised into Hensler’s by fire truck and Mrs. Claus was escorted to the festivities by horse-drawn carriage. Thanks to the Knox, Hamlet and Koontz Lake fire departments for their participation.

Adding to the excitement was our favorite radio station, WKVI, who conducted a live broadcast on our tree lot. We’d also like to give a shout out to the Knox High School Tomahawk Jazz Ensemble. Thanks for providing a wonderful musical score to our festivities! 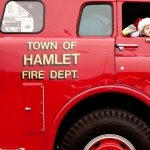 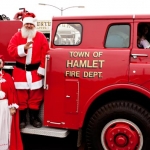 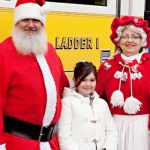 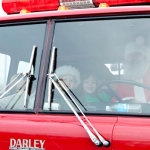 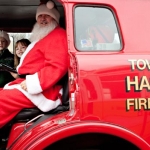 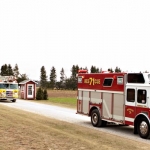 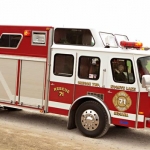 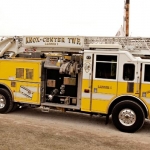 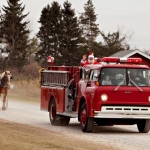 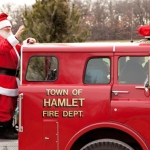 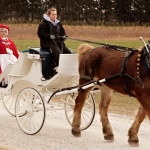 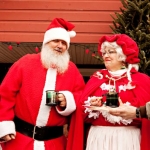 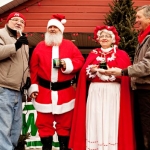 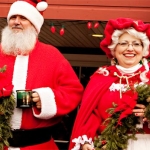 The Elves at Hensler’s have been hard at work this week creating a supply of fresh greenery.

Last year we introduced the Snowflake, and it was such a hit that we decided to bring it back again this year. Want to know what would look great along with the Snowflake? Our new item for 2010, the Christmas Candy Cane!

In the meantime, check out some of our greenery items in this video. 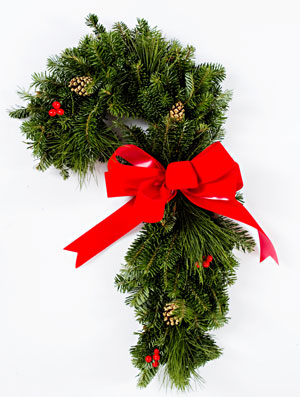 New to Hensler’s greenery selection this year is the Candy Cane.

Made with freshly cut fir and pine branches and wrapped in a red bow, this Candy Cane will sweeten the holiday look of your front door.

Take a look at our full selection of greenery.

As we’re closing in on Christmas Fest 2010, we’re planning to pull out all the stops by decorating the farm with all of our hand-crafted trimmings. Here’s a preview of the Christmas Barn – it’s all about bows! 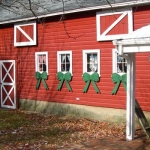 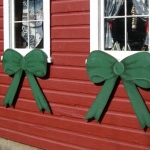 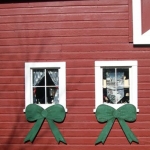 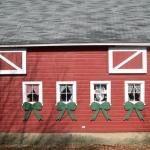 If you’ve been to Hensler’s during Christmas Fest, you know that each weekend Mrs. Claus greets our guests and visits with the children as they enjoy the activities on our farm. She is a favorite of our visitors during the holiday season, and you can’t think of Christmas Fest without also thinking about Mrs. Claus and her warm smile.

Because she’s so beloved, we asked artist Mitch Markovitz to honor her with an original artwork. You can see his painting on many of our banners and flags that decorate the farm.

And now, for Christmas Fest 2010, we are producing a limited run of ornaments featuring Mrs. Claus. This is the first ornament we’ve offered that features her with Mitch’s artwork. We’ll share more details as we draw closer to Christmas Fest!

As we mentioned, we won Grand Champion at the Indiana State Fair Christmas tree competition on Thursday, August 5. 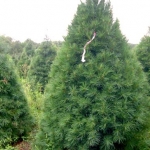 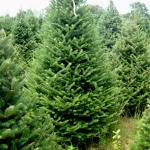 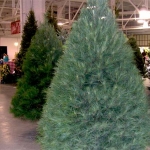 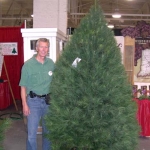 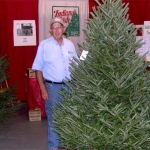 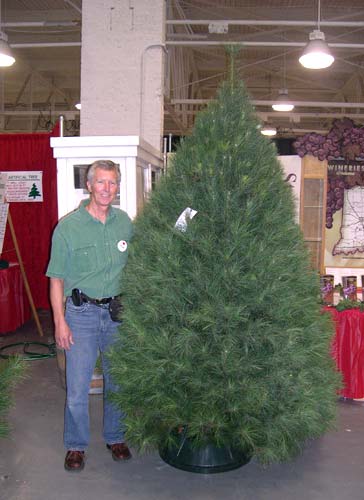 Hensler Nursery, Hamlet, IN., operates Christmas Fest, which opens the day after Thanksgiving in Starke County. Nursery Forester, John Scheetz was confident that the trees he brought to Indianapolis would possibly win. According to Scheetz, “I knew the White Pine would place well in competition. The tree was full and being eight feet tall, I knew that it would impress the judge.”

The trees remain on display throughout the fair. Judging occurs in the air-conditioned Ag-Hort building and the trees entered into competition are displayed by the booth area manned by the Indiana Christmas tree growers Association. This is a high traffic area as many people pass by to enter the landscape/architecture exhibit of Ball State University.

Maintaining your Potted Tree Outside

Carefully planning ahead will allow you to enjoy your tree for years to come. Move your tree to its permanent location after the holidays. If the ground is frozen, place the tree in a sheltered area away from direct sunlight and severe wind. Keep watered during the winter. Do not remove from the fiber pot. Plant as early in the Spring as possible.

Inside Conditions are Sensitive for a Live, Potted Tree

Your tree was not meant to be a houseplant. Keep it inside for as little time as possible, but no longer than 7-10 days. Keep your potted tree as cool as possible, away from direct sources of heat. Use Christmas lights sparingly because the heat from them can dry out needles and brown branches.

Tips for Planting a Potted Tree

Slowly remove the tree. Let your potted tree adjust from 70 degrees to the cooler outside temperatures by several days transition time in a cooler garage or porch. Plant your tree outside as soon as possible, planting it in the fiber pot at the same depth as the soil in the pot. Stake the tree to hold it firmly in place. Add mulch around the base and water thoroughly. Here’s a peek behind the curtain to see the Hensler’s decorating team working with our greenery items. Each week the team works hard to create fresh inventory for customers that come through the week and on weekends. This ensures that we provide the highest quality and freshest greenery when you arrive at Hensler’s.